Our mission is to build products and services to empower sex workers.

Our projects
As featured in

We are a collective of sex workers and technologists

Assembly Four was founded on the belief that impact is more important than profit. We strongly believe that having the ability to make decisions about our bodies and sexual lives is a fundamental human right. Anyone should be able to make these choices without fear, violence or discrimination. Sex workers are still fighting for this right.

In collaboration with sex workers across the globe, we create products and services that help them thrive; not just survive. We are a small team based in Melbourne, Australia with a specialised understanding of the complex challenges workers face and are dedicated to providing solutions to amplify their voices.

Access to online platforms reduces the risk of violence for over 42 million sex workers worldwide. FOSTA/SESTA took these away, we're here to bring them back. 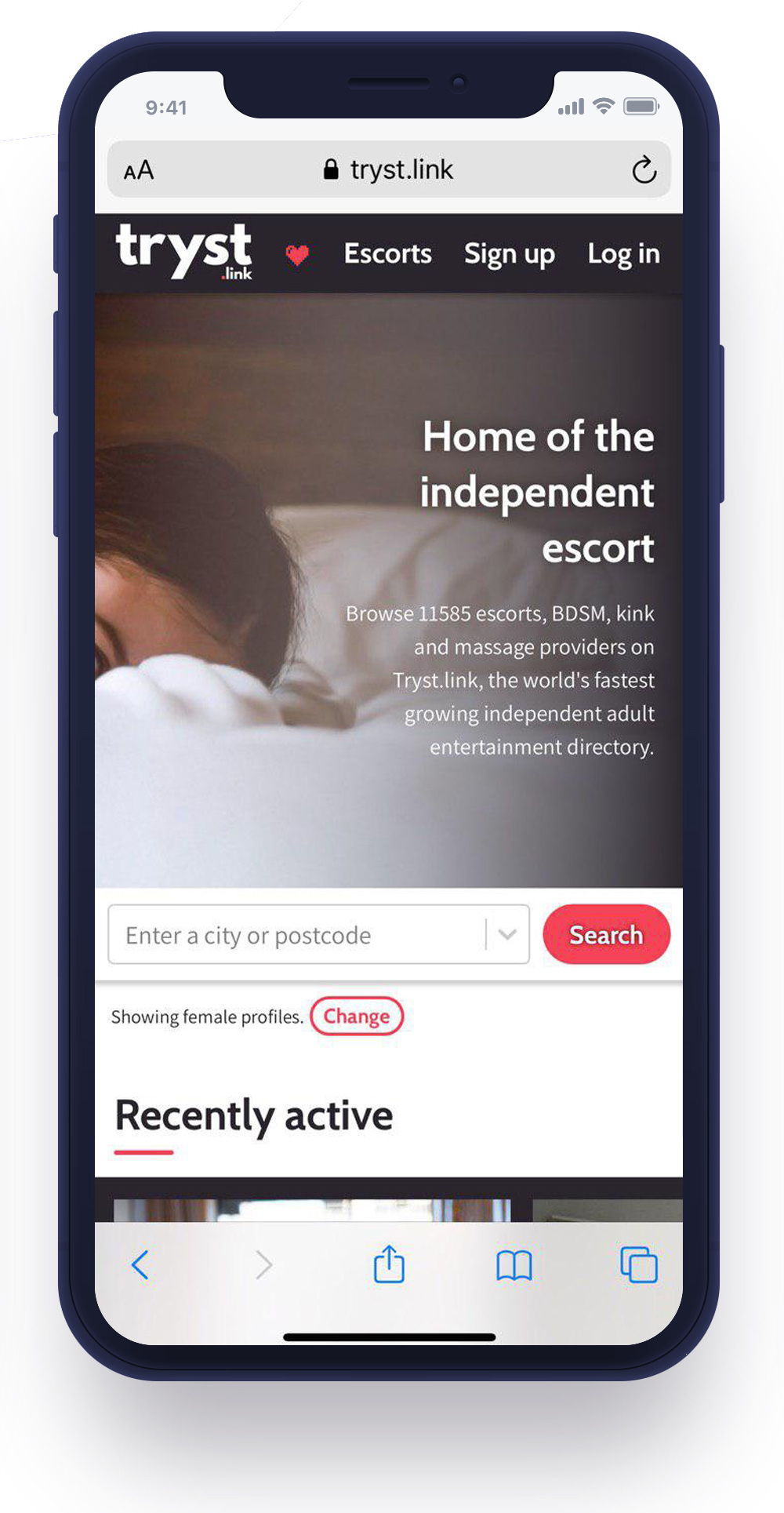 Stepping away from clunky design and carelessness of traditional ad platforms, Tryst is a refreshing change in both presentation and mission.

Designed not only to provide workers with an easy way to manage clients, but also with privacy, safety and security at the top of our priority list. Tryst, like Switter, has been built while avoiding the use of US companies, prioritising the privacy of the workers who reside on our platforms.

Although early days, we are proud to say that we have already implemented features that radically change the way escorts advertise, including wider options around gender and race, dedicated disclosure options for transgender workers, and in-platform messaging.‍

Early 2018 saw the passing of US law FOSTA/SESTA which resulted in the mass culling of millions of sex workers worldwide from the internet. This resulted in thousands of people in heightened risk of physical harassment, violence, and even death.

We started Switter as the first step to giving Sex Workers their autonomy back. Switter has amassed over 200,000 users with over 5.5 million status posted in a mere 10 months. The space is open to anyone involved in the sex industry; providers, clients, and allies. It is an open and free community where sex workers have the ability to connect, advertise and screen.

‍Lola is a passionate integrated marketer with a background in sex work. Lola's breadth of experiences keeps her focused on the essence of the business problem regardless of it's complexities.

‍Eliza is an infrastructure and security specialist who believes in building software that empowers people. Dedicated to the digital rights movement, Eliza is an organiser of the Security & Privacy track for PyCon Australia and presents educational workshops across Australia for Sex Workers with the help of peer organisations.

Jack, more commonly known as "chendo" in the Melbourne tech community, is technology-oriented problem solver who has worked in a diverse range of industries, including e-commerce, telemedicine, smart home, and fintech. He's now applying his 20 years of engineering experience to improving the lives of sex workers with technology.

In November 2019, the Assembly Four team attended the Fourteenth Annual Meeting of the Internet Governance Forum (IGF) in Berlin. We believe that it is vital to be part of the ongoing effort to reduce harm to vulnerable members of society in digital spaces.

During IGF 2019, we were specifically involved in the session 'Sex Work, Drug Use, Harm Reduction, and the Internet.' The internet has immense potential for both gross misuse and exploitation, but also has the potential to offer life saving information, valuable networking and provide avenues for those that seek to solve all kinds of problems.

At Assembly Four, we respect and value the potential for digital problem solving. We believe that women and especially sex workers are particularly vulnerable to exploitation both from a criminal perspective but also from prohibition and harmful internet regulations. Whether at formal international forums or in our business practices, we will always be an advocate for the rights of sex workers and marginalised communities.

In February 2019, Assembly Four founders Jack and Eliza attended RubyConf AU in Melbourne.  Switter was born out of the exodus of sex workers from digital spaces after the United States passed the misguided and destructive FOSTA/SESTA series of legislation.

At RubyConf, Jack and Eliza spoke about the need to create open available digital spaces for marginalised communities. Assembly Four built Switter to specifically cater to sex workers pushed out of Twitter and other social media organisations. We believe we are part of a community that perhaps for the first time is taking back control of the services we use.
‍
Eliza and Jack were invited to speak at Ruby Conf AU about our work at Assembly Four, and we presented a dual speaker talk about how internet legislation is eroding the internet as we know it.